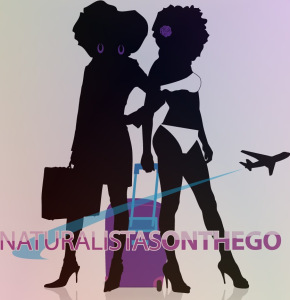 I have always wanted to go to  Paris. I was drawn in by the Culture, the Fashion, the Attractions, so why not. And what better time then for my Flirty30.  So let’s start with the perks of visiting in Winter. First it is off season, that means less tourist, lower prices, shorter lines.  So we were able to negotiate some great deals while on the trip.  The weather was very similar to Virginia. It did rain every morning, but that usually occurred before we started our day, and temperatures were fair around 50F. We arrived early morning, seemed like the people of Paris were just getting their day started. We were able to see some of the city on the car ride to the hotel including street art, and views of the City that we were not going to see while visiting. I was able to get an awesome deal at the Hotel Mecure located walking distance from the Eiffel Tower. I am all about a great deal , in combination with the time of year traveling, and finding some great deals on Expedia, I was able to book the hotel and round trip flight for five days for less than $1,200.

The hotel was cutely decorated for the holidays. There were beautiful trees up around the hotels, and there was no lack of color.

Of course you can not go to Paris without seeing the Moulin Rouge. Have to say it was a very good show. Though, some locals told us that there were other burlesque shows around town that were better.

And of course inside we were able to see some breath taking Art. The Louvre is comprised of five different floors, with many different areas it can take days to explore all of the Museum. We took in some of the more popular art pieces.

And but of course the Mona Lisa

Then there was the Eiffel Tower!!! we took some amazing pictures, Off season perks: no lines, in for little to nothing, and able to explore without crowds, all the way to the third level. Awesome.

Last but not least let me tell you about the food. So, I have heard the controversy about french fries not originating in France (I know, you can’t believe it either), but with almost every meal we ate french fries were offered as a side. Food was delicious. And let’s not forget the wine. Found out that to get the good wine and libations you can go to a Nicolas (wine store) to find some of the best wines.

So this was definitely a great birthday trip, I will be returning during the Spring time to take advantage of the beauty of Paris, and of course will have to fight for views with the masses.   Have you been to Paris, or planning a trip? Naturalistas would love to hear about it!!! Be on the Look out for more on the Paris trip about the Black Paris Tour.